Dr. Glenn Clark, DDS developed this content for his Systems Physiology, Sleep, Motor Disorders Course for Dental Residents of the Orofacial Pain and Oral Medicine master’s program at the Herman Ostrow School of Dentistry of USC.

Why is sleep a concern for dentists?

The story of dentists and sleep begins with Dr. Pierre Robin. Dr. Robin is famous for describing children born with a mandibular growth insufficiency, which is now known as Pierre Robin Syndrome (PRS). Dr. Robin also coined the term Glossoptosis, which means the abnormal downward or back placement of the tongue, and published his first article on this in 1923.

Dentists have always been interested in sleep because of bruxism, or the grinding of teeth, which sometimes is a powerful destructive motor event occurring during sleep. The field of sleep disorders is relatively new. With new scientific discoveries, we understand better the critical role the tongue and the jaw play in causing and preventing sleep-disordered breathing.

The graph below shows growth of the number of citations in Medline in the topic of bruxism (which is not growing) and Obstructive Sleep Apnea which exhibits rapid, maybe even exponential growth.

The disorders of sleep are multiple, and they are categorized by The International Classification of Sleep Disorders (ICD-9-CM). The various disorders which are cataloged by this system are presented below. In 2005, an update of this classification was published.

If you are wondering why you should review this list of diseases, it is necessary to know a little about these other problems if patients with a possible Sleep-Breathing Disorder.

Why do people wake up in the middle of the night?

Many reasons exist for this including urination urges, loss of slow-wave sleep as we age, the natural cycling of sleep from deep to shallow and back again, anxiety and worries that creep into our subconsciousness during sleep.1

One interesting fact about sleep is that as we age, we sleep less, “From midlife until the eighth decade, total sleep time decreased, on average, by 27 minutes per decade.” What is evident is that by about 60, we sleep on average, only 5 hours.

What are Circadian Rhythm Sleep Disorders?

Circadian Rhythm Sleep Disorders are related to the timing of sleep within the 24-hour day. Some of these disorders are influenced by the timing of the sleep period that is under the individual’s control (e.g., shift work or time-zone change). Other disorders are influenced by neurologic mechanisms (e.g., irregular sleep-wake pattern and advanced sleep-phase syndrome). Although some of these disorders can be present in both an intrinsic and extrinsic forms, their common linkage through chronobiologic, pathophysiologic mechanisms determines their recognition as a homogeneous group of disorders.

Parasomnias are disorders of arousal, partial arousal, and sleep-stage transition. While there are many causes of involuntary motor activity in the jaw, if they occur during sleep, they are called parasomnias. Parasomnias include talking, repeated jaw motions such as chewing or grinding and occasional a rapid closure of the jaw.

The snapping shut motion of the jaw or repeated twitching of the palate is called myoclonus. The definition of myoclonus is a sudden, brief, shock-like, involuntary movements caused by muscular contractions.2 Myoclonus therapy is limited and usually involves symptomatic treatment with valproic acid or clonazepam.

Parasomnias are problems that intrude into the sleep process and are not primarily disorders of sleep or wake states. These disorders, which are four in number, are manifestations of central nervous system activation, usually transmitted through the skeletal muscle or the autonomic nervous system.

Sleep-wake transition disorders occur mainly during the transition from wakefulness to sleep or from one sleep stage to another. Under some circumstances these disorders can occur within specific sleep stages, but it is usually the exception rather than the rule.

What is Obstructive Sleep Apnea? 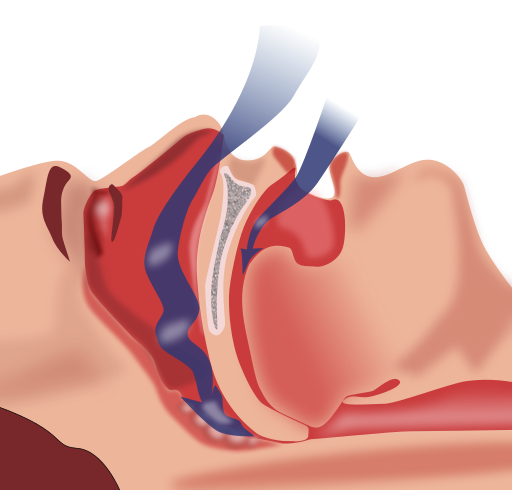 Obstructive Sleep Apnea (OSA) is the episodic closure of the airway when the muscles of the body relax during sleep. Mild OSA occurs in 20% adults and 7% have moderate OSA.3 A 2006 study found 31% of men and 21% of women in the USA are at a high risk of OSA.4

Unresolved moderate to severe OSA can lead to increased cardiovascular disease and cognitive deterioration. Dentists caring for adults with OSA should consult the American Academy of Sleep Medicine’s guidelines for the long-term care of obstructive sleep apnea.

What is Central Sleep Apnea?

Central Sleep Apnea (CSA) is the failure to breathe that occurs when the brain’s respiratory control center momentarily shuts down during sleep, fails to signal the respiratory system to breathe in, and causes the individual to miss one or more respiratory cycles.5

Do you suspect a new patient of sleep-disordered breathing? Conduct a workup for obstructive sleep apnea. The workup should include:

The most common reason you would complete a full dental and Temporomandibular Disorder (TMD) exam is to see if the patient would benefit from a Mandibular Advancement Device (MAD). MADs can help patients with Obstructive Sleep Apnea decrease snoring by moving the jaw forward, thereby increasing the size of the upper airway and reducing restriction in the back of the throat.7

When dentists need to test for hypersomnolence or Obstructive Sleep Apnea, questionnaires related to sleep can be helpful.

The Epworth Sleepiness Scale (ESS) indicates sleepiness by gauging how likely are you to fall asleep while performing activities like sitting, reading, and watching TV.

This 14-step process is covered in full detail in our comprehensive Obstructive Sleep Apnea dental exam article, and dentists should complete this physical examination when assessing a possible OSA patient.

To diagnose a new patient, a dentist might consider imaging the site of obstruction for OSA. However, imaging the airway with a CT Scan or an Ultrafast MRI to predict OSA is not effective. MRIs are often too loud for patients to fall asleep, and while researchers generally found a difference in airway size using CT scans, the differences are lost when you match OSA and Non-OSA patients by weight and age. 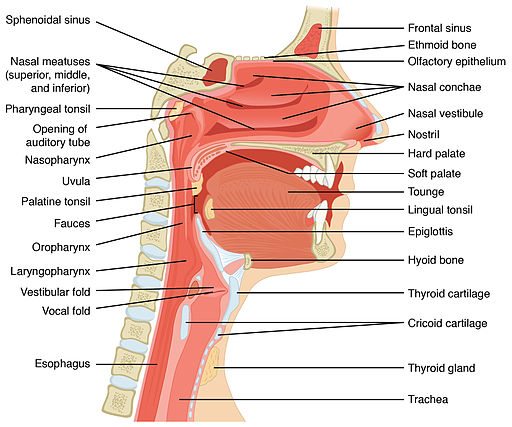 Snoring is characterized by loud upper airway (back of the mouth, nose, and throat) breathing sounds in sleep, without episodes of sleep apnea or hypoventilation, and it affects approximately 30% of the adult population over 30 years of age. While snoring disorders are generally perceived as a social nuisance, it can lead to OSA syndrome.

Palatal flutter sounds are typically produced by the vibration of pharyngeal tissues (posterior base of the tongue, soft palate, uvula, posterior pharyngeal wall) due to turbulent airflow through a narrow oropharyngeal.

Non-palatal snoring is less common, and is typically understood as nasal tissue vibration originating from the retroglossal or hypoglossal region of the throat; specifically the epiglottis, hypopharyngeal, and tongue base area.

Measuring the acoustic characteristics of snoring might be a better diagnostic method than nasal endoscopy since the frequency of snoring sounds predict the site of the recording.

Do you want to deliver appropriate and safe care to your growing and aging dental patients? Consider enrolling in our online, competency-based Master of Orofacial Pain and Oral Medicine degree program.

The information and resources contained on this website are for informational purposes only and are not intended to assess, diagnose, or treat any medical and/or mental health disease or condition. The use of this website does not imply nor establish any type of provider-client relationship. Furthermore, the information obtained from this site should not be considered a substitute for a thorough medical and/or mental health evaluation by an appropriately credentialed and licensed professional. Commercial supporters are not involved in the content development or editorial process.